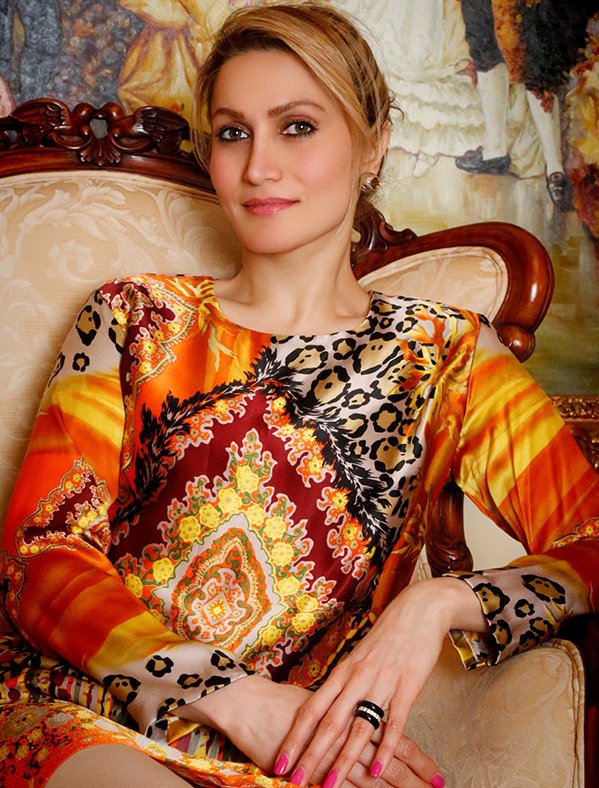 Dr. Mahtab Hanna is a British jewellery artist with a Middle Eastern background who demonstrates true artistry in the field of marrying the indelible art of jewellery with the quasi-science of politics.

Mahtab defines Political jewellery as the journey of making both a covert and overt statement of political views using body adornments and art jewellery. It epitomises every woman’s right of equality in the form of political representation and ideology in the post-truth 21 st century.

There exists a mass of beliefs that have been suppressed for generations by the borders of state ideology, prejudice, and fear.

Political jewellery has a multi-faceted role as a form of political messaging, jewellery as a response to political events and how it can be harnessed to address social and political issues. This is a new segment of jewellery by pushing it in new directions, towards a language of protest and as a political tool.

Jewellery is primarily an object of adornment, yet holds a powerful unifying language as a form of communication through which messages can be relayed.

“My political jewellery has created a new platform for what I call ‘jewelervists’”.